I finally talked Taylor into a haircut. He's been growing it for a year, and it was so long and floppy that one half of his face was totally covered and pure white, and the other side tanned and freckly. Frankly, he looked like an idiot! 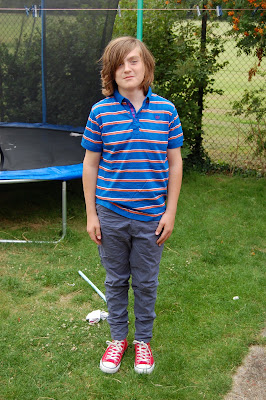 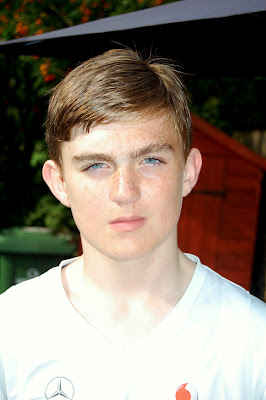 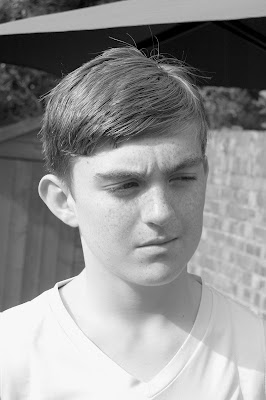 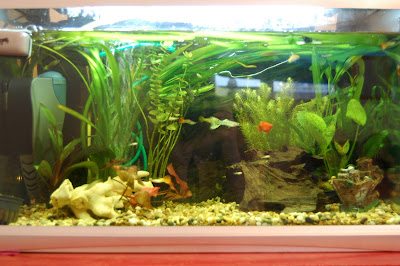 I know it's a bit sad, but a few weeks ago I decided to fulfil a life long dream of setting up a tropical aquarium. Having always kept coldwater fish I had no idea just how bloody complicated it was! Pete always said that they were too much hard work, and that I shouldn't get one, but I can do what I like now so took the plunge. I have to say he was right!
Now that it is set up and the water cycle is ok, it should be fine, but for a while there it was pretty confusing. You have to introduce bacteria into the water, which also has to be dechlorinated, and this can take weeks. The bacteria feed on the ammonia produced by the fish waste, and turn it into nitrates. The bacteria need ammonia to survive, and the only way to produce this is to have fish living in the dangerously toxic water, so it is a tricky time. You can do it slowly without fish, but I was lucky enough to have a dirty, yucky mini filter that had been running in my daughters tank, full of that lovely bacteria, so I popped that in there and the tank was ready within a week. I now have Guppies, Platies and Danios in there. In a week or so I can introduce some Corys and Tetras. 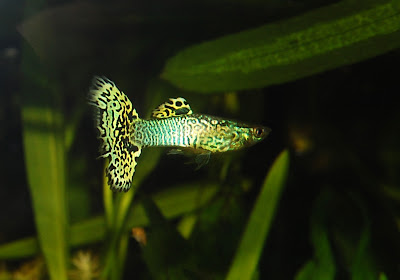 I also bought Isobel some new fancy goldfish for her small tank. This one looks just like Hitler, though one of my friends said he looked more like Freddie Mercury. 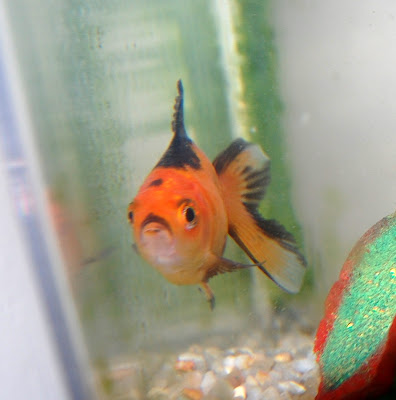